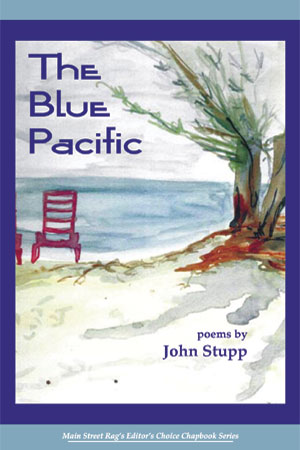 SKU:
$7.00
$7.00
Unavailable
per item
Published by Main Street Rag as part of their Editor's Choice Chapbook series.
Author Info:
John Stupp was born in 1949 in Cleveland, Ohio. He was educated at Notre Dame University, The University of British Columbia and Case Western Reserve University. Everything is pretty much a blur until 1979 when he met his wife Bette while he was working as a jazz musician in a nightclub in Pittsburgh. The rest is history. They now live in Sewickley, PA and have two children in college—one at the University of Pittsburgh and one at Parsons School of Design in New York City. His poetry has appeared in The Seattle Review, Chelsea, The Pittsburgh Quarterly, 5AM, The Pennsylvania Review and other regional magazines.
2 available
Add to Cart