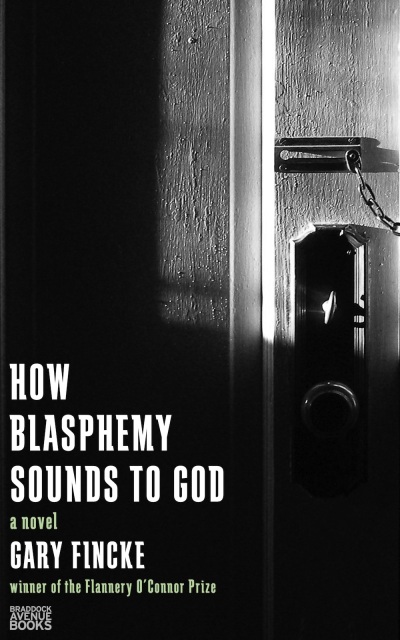 How Blasphemy Sounds to God: A Novel by Gary Fincke

SKU:
$16.95
$16.95
Unavailable
per item
Synopsis:
What saves us? It’s a question as old—and as urgent—as humanity itself. With this remarkable book, award-winning poet, essayist, and short story writer Gary Fincke opens an exciting new chapter of his career. Structured as a novel-in-stories, How Blasphemy Sounds to God explores our capacity for loyalty and love as it delves into the lives of people on the brink of faith. In prose so pitch-perfect you’ll forget you’re reading, Fincke lays open the hearts and souls of mothers and fathers, husbands and wives, daughters and sons—each in their own way struggling to protect themselves from the chaos of life, reaching for things they only barely know exist…or fleeing those they can’t quite see. Set in the tumult of the nineteen sixties, How Blasphemy Sounds to God explores the lives of average people rocked by the seismic shifts around them: the specter of Communism, the war in Vietnam, the space race, the Kennedys and Camelot, and the many shifting social mores that spark and flash and too often catch fire. Whether it’s a young mother facing her mortality or a wife flaunting her sexual freedom in front of her husband or a father trying to prepare his child for the dangers of life, Gary Fincke handles the fragile lives of his characters with a respect and understanding that will take your breath away. Displaying the same unwavering sensitivity and brilliantly observed detail that brought him two Pushcart Prizes, a Flannery O’Connor Award, a PEN Syndicated Fiction Prize, and many other honors, Gary Fincke has produced a book of heart-breaking depth. Here is a writer at the height of his craft.

Published by Braddock Avenue Books
ABOUT THE AUTHOR:
Gary Fincke has published twenty-five books of poetry, short fiction, and nonfiction, including The Proper Words for Sin (stories, 2013), The History of Permanence (poems, 2011), The Canals of Mars (memoir, 2010), and Amp'd: A Father's Backstage Pass, (2004)). Twice awarded Pushcart Prizes, Fincke has also been recognized by both the Best American Stories and the O. Henry Prize series, and cited twelve times in the past fourteen years for a "Notable Essay" in Best American Essays. In 2003, he won the Flannery O’Connor Award for Short Fiction for his story collection, Sorry I Worried You. His work has appeared in such publications as Harper's, The Paris Review, The Kenyon Review, The Georgia Review, and Ploughshares. Fincke is currently the Charles Degenstein Professor of Creative Writing and Director of the Writers Institute at Susquehanna University.
1 available
Add to Cart